Hey guys, so welcome to my first official content post wahaha. I had actually been sifting through my old holiday photos from 2 years ago and was in the process of starting a series of posts on that, when this beast landed on our shores (or more appropriately given the location, entered our airspace)

It’s the freaking X-Wing Fighter from Star Wars. Some friends will know how much of a Star Wars fanboy I am, so obviously I couldn’t resist dropping by the airport for some pictures, and while I’m at it I might as well write  a post which might end up detailing how much of a fanboy I am. Old material can wait, new content gets priority seating on this blog!

So back to the topic. Changi Airport currently has 2 huge models on display, one is the above X-Wing at Terminal 3, and the other is a TIE fighter. The displayed X-Wing is the newer model to be used in the upcoming movie, The Force Awakens, as shown by the engine which has 4 semi-circular engines compared to the old model which had 4 circular engines on each wing. One thought immediately came to my mind when I saw this: it’s called the X-Wing for a reason, why are the S-foils (geek speak for the wings) not opened? Whatever, it’s still pretty amazing, especially its size. 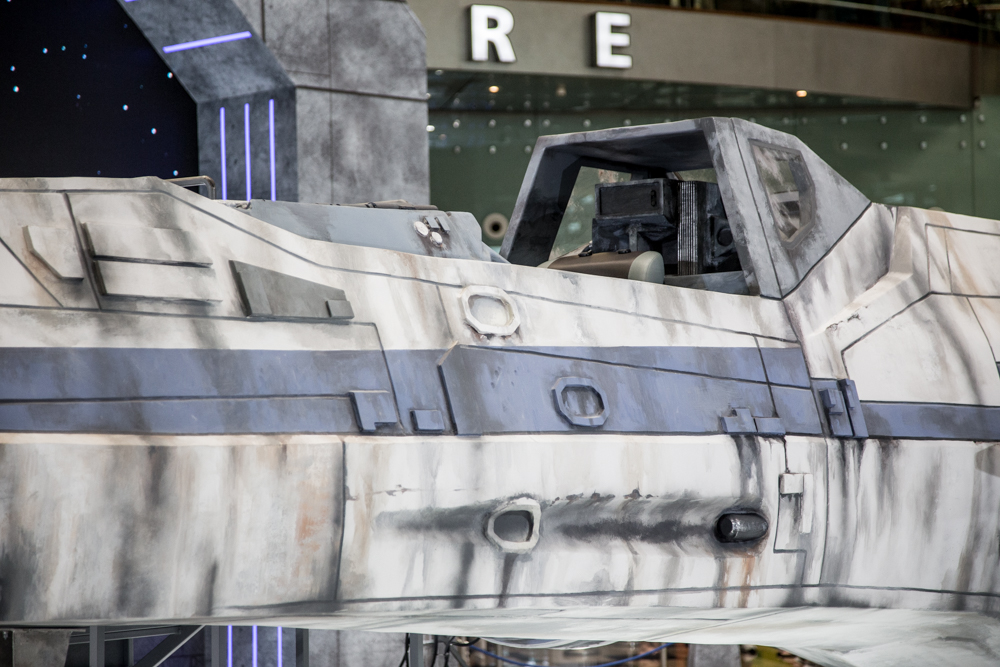 Close up of the cockpit area. Can’t really comment on the cockpit itself, since it’s only open to those with tickets for photo-taking (which isn’t really something I would do), but all the burn marks are pretty detailed and add a lot to the overall feel of the vehicle itself as a ship used for fighting. 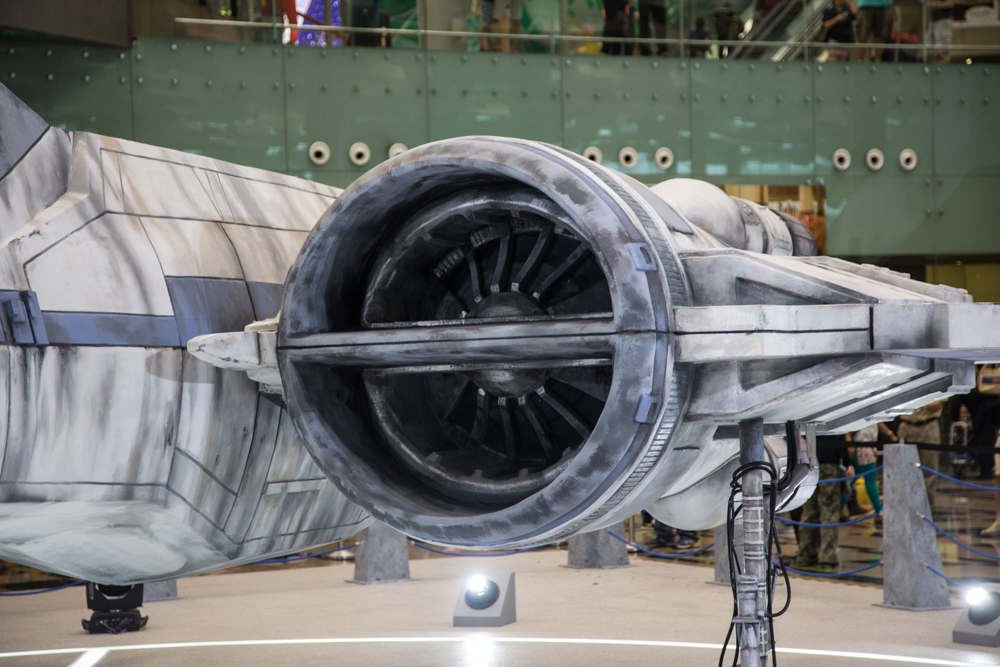 Close up shot of the engine. I wonder with only half a circle on each wing, how does the engine rotate? Or maybe those engines aren’t really similar to those we would see on a plane, I wouldn’t know, it’s science fiction after all. 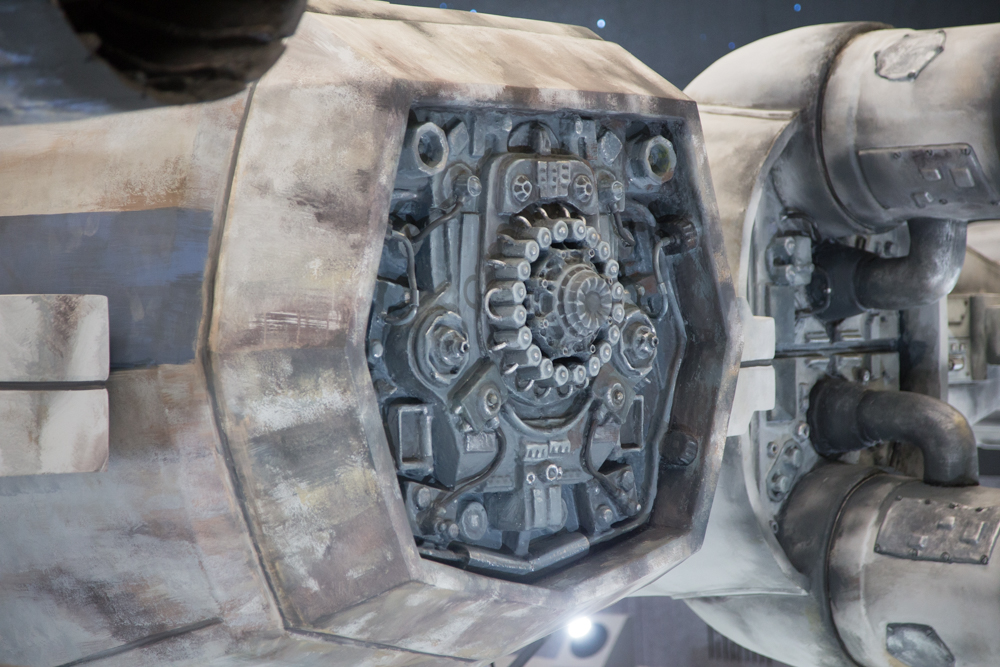 The back part of the ship. Whoever crafted this thing really has a damn good hand for details, there’s so many small parts here and there present that I wouldn’t be able to tell if he happened to miss any other things. 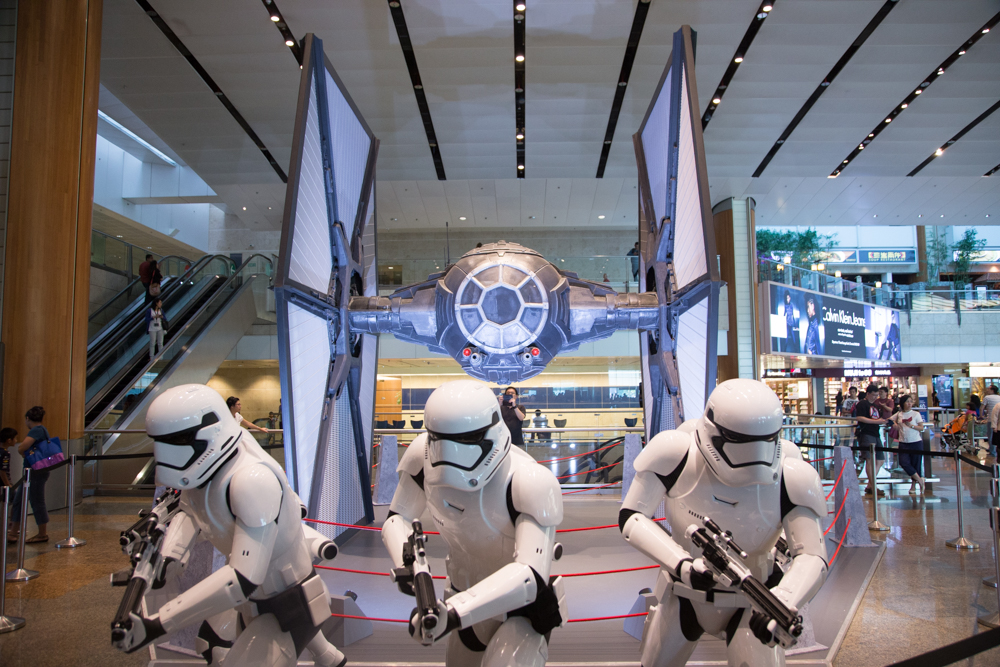 And over at Terminal 2 is the Imperial TIE Fighter. It looks a bit smaller that life sized, but still impressive nonetheless. It’s not as huge as the X-Wing, but makes up for it with its height; this model is almost 2 stories tall. It’s flanked by a couple of Stormtroopers sporting the new look from the movie. I actually like the new design better, the sleeker design of the new helmet actually suits the image pretty well and passes them off as more menacing than the original. 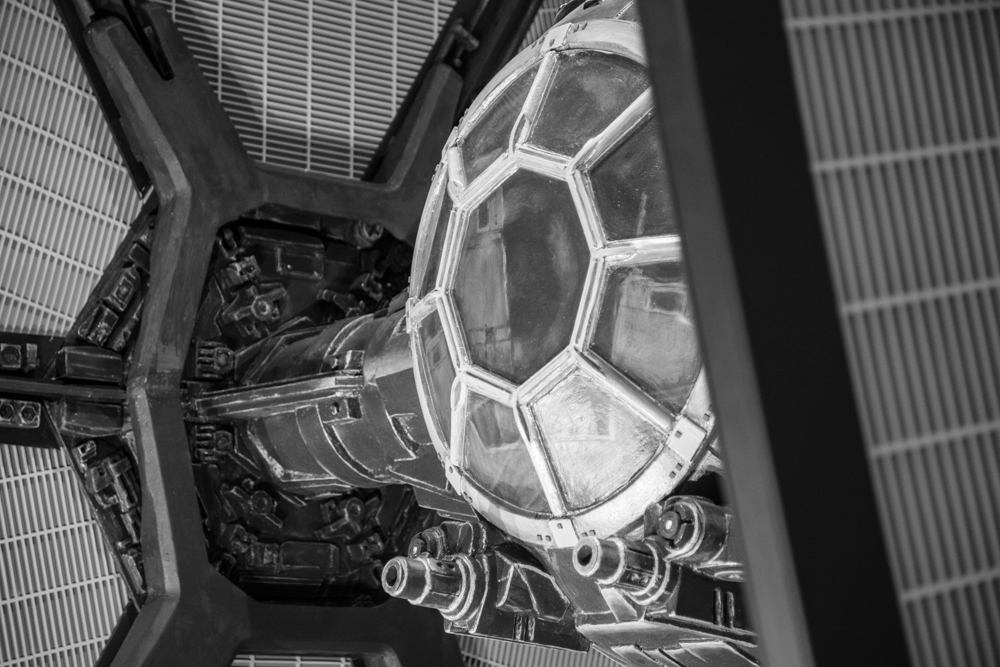 Close up of the cockpit, was attempting a slightly different style by hiding part of the cockpit behind one wing instead of outright shooting the cockpit directly. The cockpit actually looks pretty small, it looks like it would be pretty cramped even for a single seater, so I figured this model is actually smaller than life sized. Staring at this for a longer period though made me realize the paint job isn’t actually that well done, from certain angles I could see certain areas that weren’t painted very smoothly. Perhaps it was because I can get closer to this compared to the other, but I felt the paint job wasn’t that good in comparison to the X-Wing 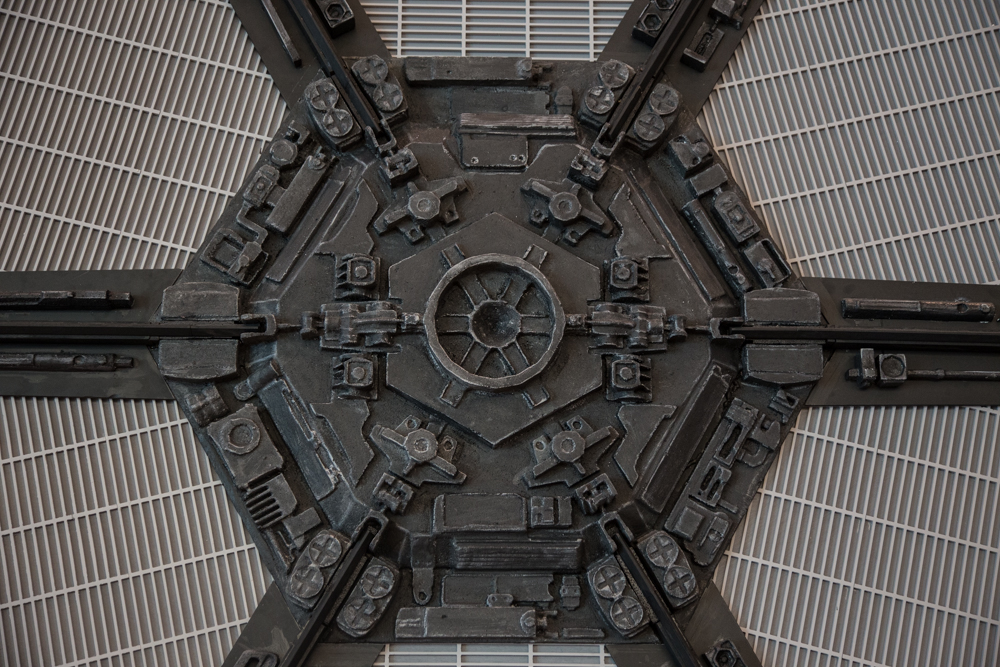 The side panels on the wings. As with the X-Wing, the details here are really impressive, but the paint job, again, is slightly off. 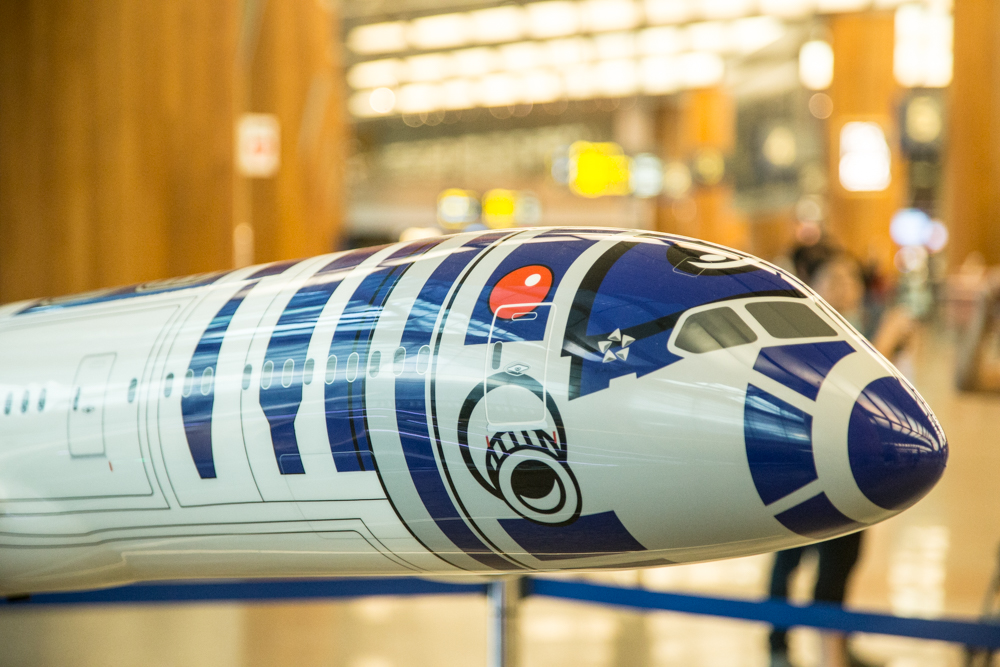 In addition, this plane by ANA modeled after R2D2 (my favourite character in the series period) was supposed to be parked at the airport at the time of my visit. Unfortunately I have no idea which terminal it was parked at, so I made do with the model instead. Don’t really like this design though, for a character with a round head, placing its design on a vehicle with a sharp head just seems completely off.

It’s exactly a month away from the release of Episode 7, and honestly I can’t wait, in fact I’ve been hyped ever since it was first announced. I’ll be keeping a lookout for more promotional events, and depending on what kind of events it is I will have more photos to share. Meanwhile, more photos taken by me at the airport can be found on my Facebook album  here